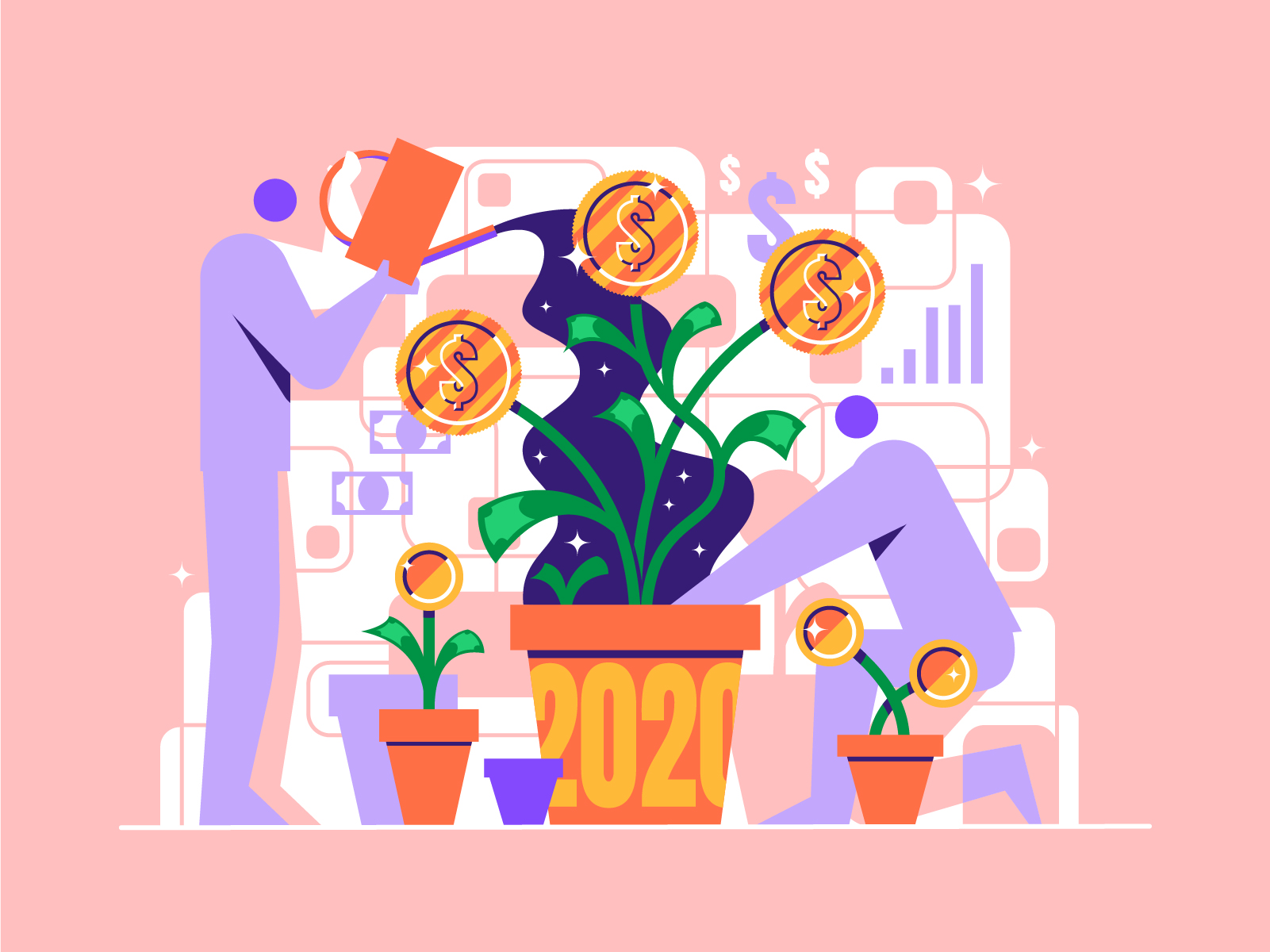 According to the CB Insights report, American VC investments grew by 14% in 2020 compared to 2019—despite the coronavirus, economic crisis, negative oil prices, and so on.

Before we review the best and the worst-funded fields—few facts about the 2020 investment year in the United States:

Now, let's get to the best-funded industries.

Internet. Internet startups got $15.3B of funding over the year: with everyone increasingly going remote and trying to optimize, automate, and improve things, attention to Internet startups is pretty explainable. The number of deals grew for SaaS companies that help Finance, HR, Marketing, and Sales Departments.

Healthcare. With $8.5B of funding, healthcare startups have a record year. COVID-19 pushed pretty much everyone: hospitals that have been traditionally hesitant towards new tech; small clinics that thought they couldn't afford it; employers who didn't believe they'd see returns from digital healthcare apps within their company. Investors quickly got there, too. Biotechnology companies have a significant part of that funding: in particular, RESILIENCE from La Jolla, CA, raised $750M in Series B - it's one of the five biggest funding rounds in Q4 of 2020.

Mobile & Telecommunication technologies got $4.0B of funding with a $700M private equity mega-round for REEF Technology. Consumers had to stay connected while apart (apologies for the cliche) in an affordable, accessible, and robust way; they also had to occupy themselves in face of impending doom, - so the field got lots of money.

Software (non-internet/mobile) companies got $2.6B of funding this year and rocked. Gaming vertical, for instance, got lots of attention both from investors ($1.5B mega-rounds for Epic Games) and from consumers (with 48% of Americans playing video games since the pandemic started). Software for warehousing and manufacturing also got a funding boost due to the pressing necessity to automate and optimize processes across different industries.

Honorable mention: automotive and transportation fields got two of five top deals with Nuro and Aurora - hey to self-driving cars! They got $500M and $400M of funding in Q4.

Leisure. In Q4 of 2020, the leisure industry got $5M of investments, as there's no rest since the plague. It would be fair to say that almost all leisure activities we had, we had online - and that's another industry.

Retail (out of mobile and internet) Retail got $8M in the last quarter of the year and generally felt unwell in terms of funds.

The risk and security industry got $12M in Q4 of 2020: most of the risk-management investments went to companies that deal with cybercrime, and real-world security issues got underfunded.

Traditional media raised $16M in Q4. Traditional media companies have been dying for quite some time, so it's probably one of the fields that got underfunded just because investors believe it lacks perspectives and/or flexibility.

Environmental services and equipment companies got $114M in the last quarter of the year, and that's the fifth least funded sector of 2020.

In general, COVID-19 pressured investors to invest less in early-stage startups and services that weren't flexible enough to adapt to the new constraints.

Will the SaaS business, media companies, and digital healthcare keep that momentum and continue growth? Will leisure and travel recover and hit us all with great service and new, more safe tourism?

Thank you! Your submission has been received!
Oops! Something went wrong while submitting the form.